We live in a complicated world and I think we would all like to see the world in clear "right and wrong" terms, but the truth is that we struggle. The Bible is supposed to be a means by which we are transformed but the honest truth is that too often we bring certain views to the Bible , ignore the bits which do not support our views and concentrate only on those portions which do. We all do it. None of us is immune.

So for us, the issue is "what do you believe belongs to God and what belongs to Caesar?"

As a member of the ordained clergy, many of my forbears believed that living a cloistered life was the best way to avoid the dilemma. If you have nothing to do with the outside world, everything surely belongs to God?

But that does not work for most of us. The simple truth is that we live in a world where we have dues to pay in all areas of lour lives. The problems arise when we get the "two worlds" confused.

On the west wall of Jerusalem - the stretch technically outside of the famous "western wall" lies one of the world's great archaeological sites. It is massive and includes many wonders including the main pavement through the city, the remains of shops which sold doves for sacrifice in the temple above and the stones which were thrown down by the Roman troops when the temple was destroyed in AD 70. (yes that's me sitting on the remains of the Temple wall) 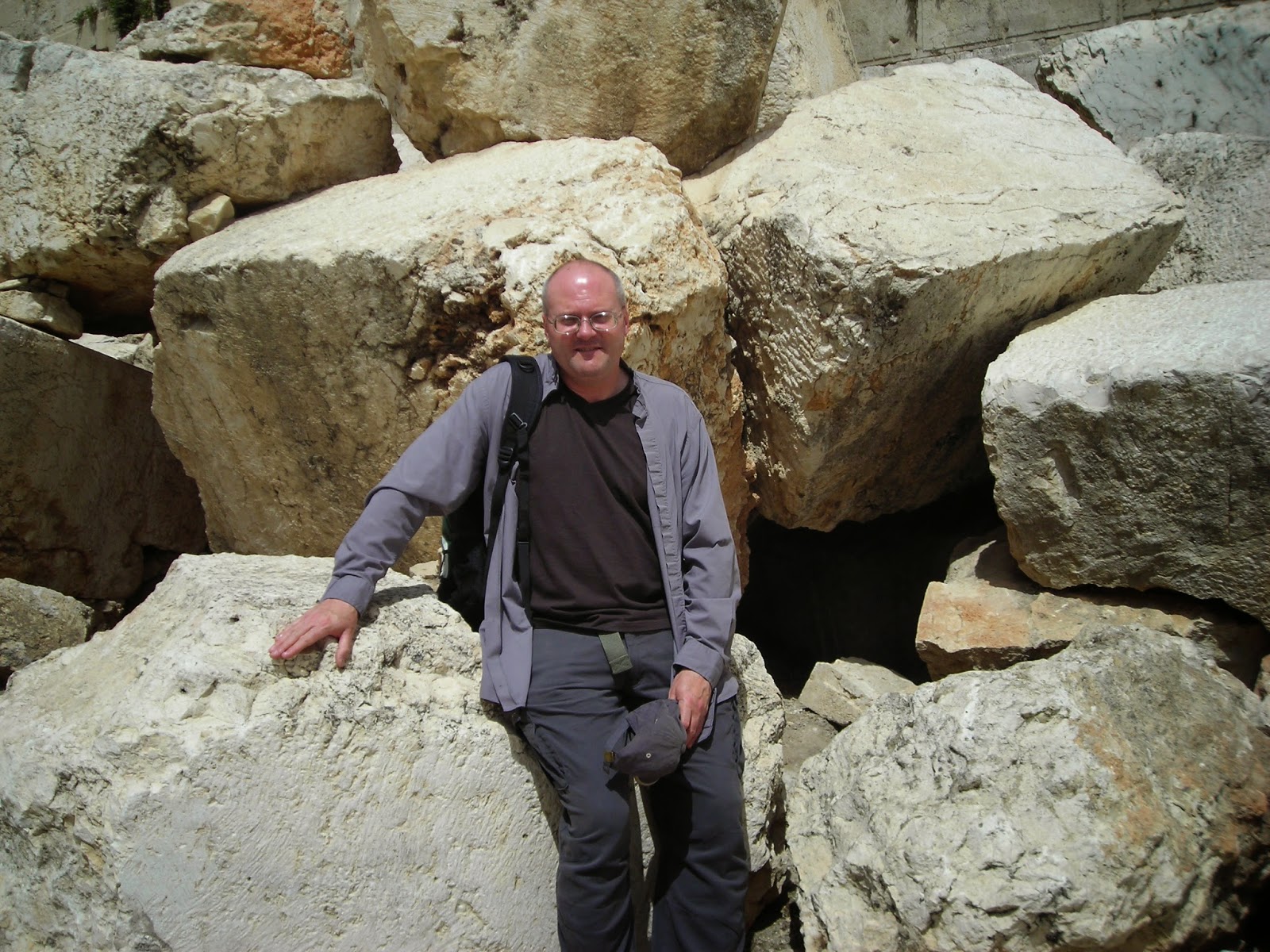 You may ask what this has to do with the idea of coins and "giving to Caesar what is Caesar's". Well, you have to bear in mind that Jesus taught about money (and its place in our lives) more than on any other subject. This may come as a surprise, perhaps not. Importantly it lead to one of the great confrontations in Jesus's ministry - I am referring to the overturning of the money tables in the Temple. This is a much misunderstood story  and to really understand it you have to look at the next couple of pics. 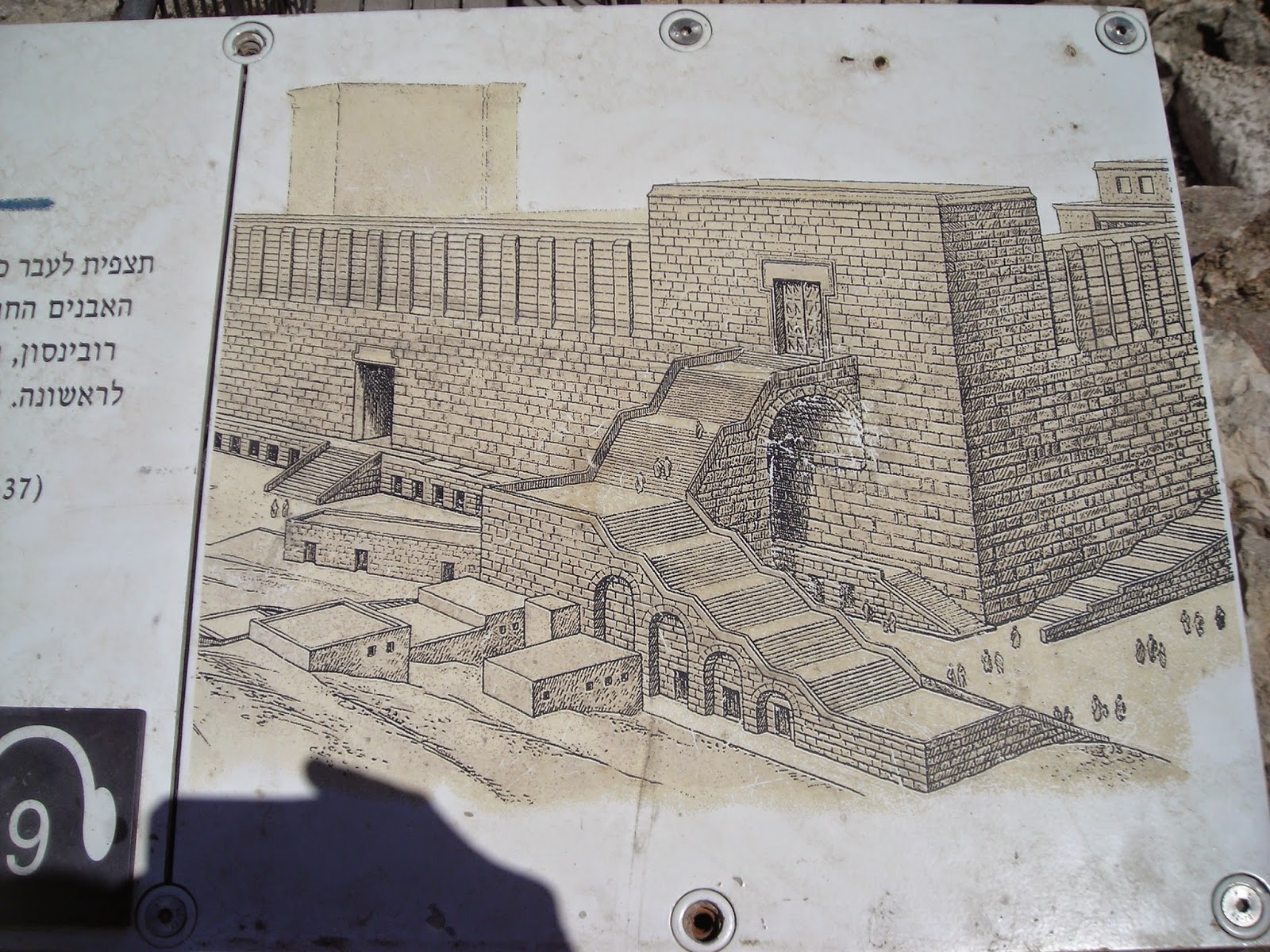 This is how the Temple looked in the time of Jesus (and the photo of me sitting on the former Temple wall stones is set at the base of the long wall running left). The shops and stalls at the bottom still leave their remains on site and though the steps are long gone, it is clear where they attached to the wall. Take a careful look at the door at the top of the steps which led into the Temple area (Temple Mount) - its very important.

At the base, the money changers (Roman coins into Jewish Temple coinage) and sellers of doves etc for sacrifices gradually took over more and more of the shops, then up the stairs until they actually ended up through the doorway and into the Temple itself. (nowadays it is a window into the Al Aqsa Mosque - see next pic)- The large window with the brickwork below which supported the stairway. 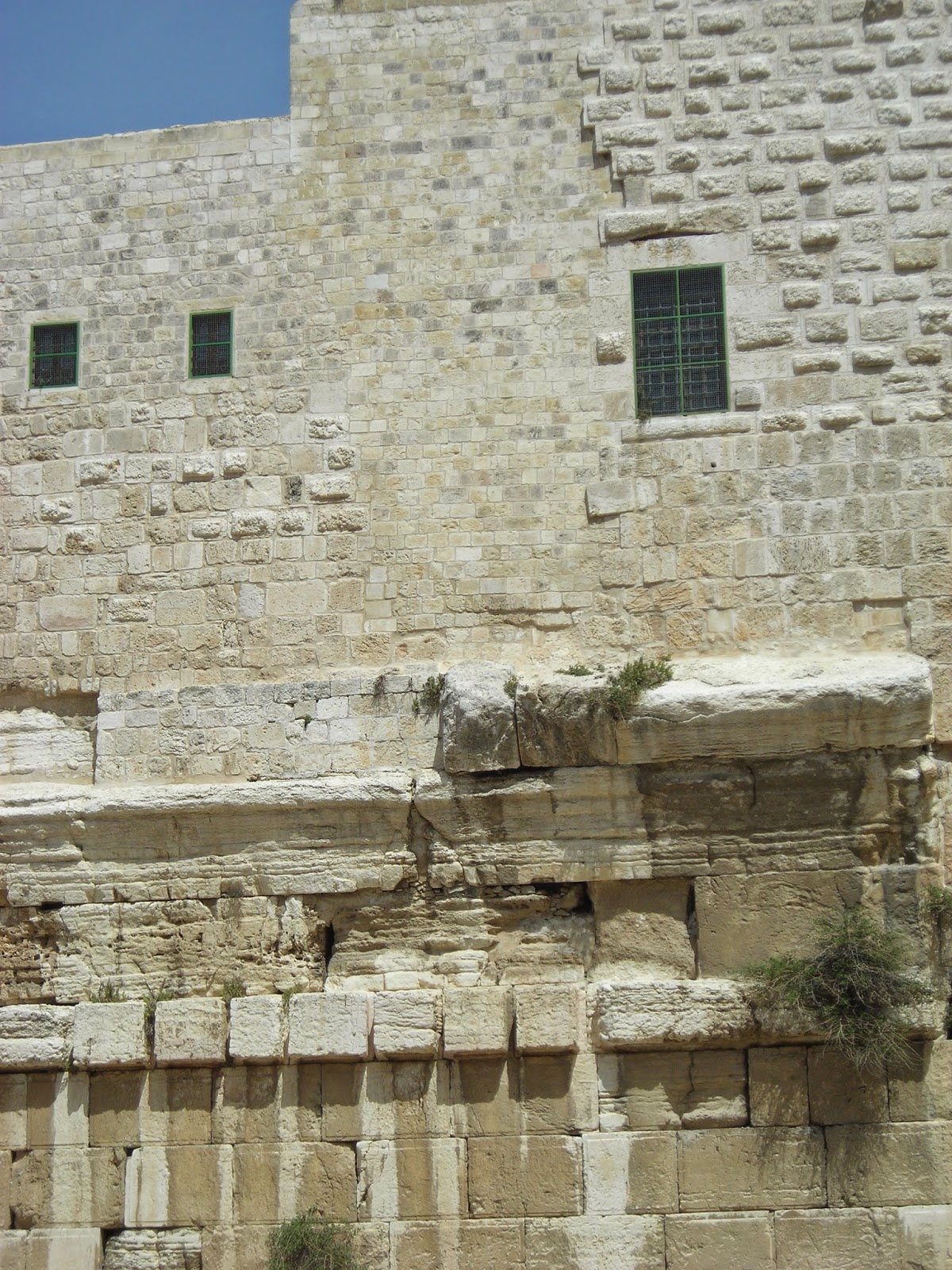 This - for Jesus was the ultimate insult. People were using the Temple ("A Place of Prayer for all the nations") and using it for making money.

I would suggest that if Jesus found this conflict important, those of us who seek to base our lives around His teaching should take note. So where today are the areas where the holy and the secular cross over and get confused?

The lines are different for all of us, but we will see them criss-crossing our daily lives. If you look, you will see them.

Here is a prayer for the day

Father, we want to live like Jesus, but we get confused. We want to be able to see clearly what often seems unclear. We hear of wars far away enacted in the name of religions. We see vast profits being made by big corporations at the expense of the poor and we wonder what we can do about it.
We ask for wisdom and for "ears to hear" and "eyes to see" what you want from our lives.
Amen